The Round Up: International Women’s Week 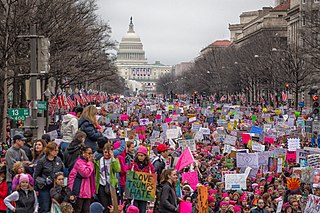 Let’s start with the good news…

This week’s budget, as controversial as ever, has promised an extra £20 million in funding for domestic violence services. This is welcome news as frontline services across the country have been subject to crippling cuts in local government funding in recent years, leading to closures and a situation in which specialist services are forced to turn victims away. The budget also commits to using the £12 million raised from the tampon tax for shelters and organisations, and £5 million to support women returning to work.

Philip Hammond also repeated the commitment to a new domestic violence and abuse bill, following the launch last month of a consultation across government. This comes as part of the government’s commitment to broader reform: in recent months Liz Truss has announced that domestic violence abusers will no longer be allowed to cross-examine their victims in family court hearings, and that legal aid restrictions will be relaxed by making it easier to provide the gateway evidence needed to prove victimhood for a legal aid application.

We look forward to analysing the proposed bill as more details emerge, but in the meantime, see LegalCheek’s take on Liz Truss’ announcements and the Guardian’s editorial on cuts to domestic violence services.

Still no FGM convictions after thirty years of law

Though ‘still no FGM convictions’ could have been a weekly headline since the Prohibition of Female Circumcision Act came into force in 1985*, this week the NHS has revealed that there were nearly 5500 cases reported to hospitals and clinics in 2016.

The report finds that over 1200 new cases have been recorded every quarter since 2015, and that almost half of those new cases were London-based. Where information was taken down, almost 100% of these women were born outside of the UK, and underwent FGM outside the UK when they were 17 or under. Out of the 4% of recorded FGM cases that took place within the UK, five-sixths were genital piercings – a reminder that the FGM legislation covers all forms of female genital mutilation, and that includes both piercing and hymenoplasty. While we suspect that litigation on this unresolved issue is almost inevitable at some point, for now the Act only really has teeth in the civil courts for the issuing of FGM Protection Orders. The Met is still holding out for a single criminal prosecution.

Inspector Allen Davis of Project Azure (the head of the Met’s FGM investigations in London) said that the problem is that we don’t know where FGM is taking place: this despite efforts made to intercept families heading to high-risk zones and engage them in “educational conversation”. The fact that FGM happens within the family, out of the country, and to young children makes preventive measures extremely challenging to implement.

In K2 v the United Kingdom (application no. 42387/13), the ECHR has refused a claim that to strip a terror suspect of his UK citizenship was unlawful.

K2 is a native of Sudan and naturalised British citizen who was accused of links with Somali terror organisation Al-Shabaab in 2010. While he was out of the country, the then Home Secretary stripped him of UK citizenship and notified him of her decision to exclude him from the UK. He applied unsuccessfully for judicial review of the latter decision, and his appeal to SIAC also failed. The court found not just that the revocation of citizenship was necessary “given the nature and scope of his activities”, but that it would still have been necessary even if it constituted a “really significant encroachment” on his Article 8 rights (at 47). Reading that judgment, however, it’s hard to glean much detail about what exactly K2 did, because this is an example of a case in which SIAC relied on ‘closed’ evidence on the grounds of national security. (See Liberty on the use of secret evidence here.)

The ECtHR has unanimously declared his case inadmissible on the grounds that it is ‘manifestly ill founded.’ On the claim that revocation of citizenship was in breach of K2’s Article 8 rights, the Court found there were two considerations: whether the revocation was arbitrary, and the effect on the individual’s private and family life. Though counsel for K2 submitted that because of his exclusion from the UK he couldn’t rebut the allegations against him, the Court found that Article 8 does not oblige states to facilitate the return of every person deprived of citizenship to avoid an out-of-country appeal. Furthermore, the Court has already found there to be sufficient safeguards in place in SIAC (see IR and GT v United Kingdom (applications nos. 14876/12 and 63339/12), and the effect on K2’s family life was limited in comparison with the extent of his terrorist activities.

In February, the Court of Appeal held in XH and IA v Secretary of State for the Home Department [2017] EWCA Civ. 41 that the Crown still retains the royal prerogative to cancel citizens’ passports on the grounds of suspected terrorist activity: that power hasn’t been abrogated by the Terrorism Prevention and Investigation Measures Act 2011.

As for when terror suspects can be excluded from refugee status, see C-573/14 Lounani (Grand Chamber, 31st January 2017). Fellow 1COR Human Rights Blogger Thomas Beamont walks us through it here.

There have been a couple of major developments this week in the courts and in government.

The Court of Appeal upheld the High Court’s decision in AA v Secretary of State for the Home Department [2016] EWHC 1453, which found that the government could not just disbelieve a refugee who claimed to be under 18.

AA, a child seeking asylum from Sudan, was detained on the basis of a visual assessment that he was over 18, and then was not released when a lawful age assessment concluded that he was in fact around 16. It is illegal to detain children under the age of 18 for immigration purposes, and the court found that the policy of relying on an immigration officer’s ‘reasonable belief’ of a child’s age on the basis of a mere visual assessment is legally flawed – or in practical terms, an immigration officer cannot simply look at an asylum seeker and guess their age. Because the age assessment had been flawed, the detention was unlawful, and therefore AA and children like him are entitled to damages.

A change to a policy document this week reveals the government’s plan to assess whether refugees are still entitled to refugee status after five years, or whether the danger has passed enough to facilitate a safe return to the country of origin.

The previous Home Office policy was to offer automatic resettlement after five years in the country, and this has now been replaced instead by ‘safe return reviews’. These are believed to take immediate effect, meaning that those who were offered asylum five years ago and thought they would qualify automatically will instead be classed as over-stayers if they do not report for a further assessment. They could be deported if there has been a significant change in either the country of origin or in their personal circumstances.

This change in policy could create a huge amount of work for both the government and the courts, as the extent of what constitutes a significant change in circumstances will need to be ascertained. It will amount to an immeasurable conceptual shift for refugees themselves, who will be forcibly reminded that safe haven is temporary and revocable on the basis of a second application. This is unlikely to lead to anything positive for successful integration.

Head over to Free Movement for analysis of the current position and watch this space for further updates.

The state of Hawaii is the first US state to sue Trump over his revised “Travel Ban” (we submit that the inverted commas have survived the revision), on the grounds that it remains incompatible with fundamental religious freedoms at both federal and state level. Look out for this case on the 15th March.

Our very own Adam Wagner has just held a lecture on fake news and what to do about it in the context of human rights, which you can listen to here.