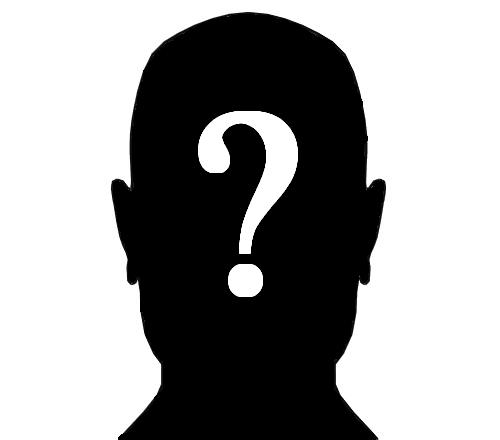 The right of a claimant to name the people who abused her prevailed over the rights of the perpetrators and others to private and family life.

The claimant, Natasha Armes, applied to set aside an anonymity order granted at the start of a previous trial to protect the identities of witnesses accused of physically and sexually abusing her in foster care.

Mr Justice Males undertook the balancing exercise between the rights to private and family life under Article 8 of the European Convention on Human Rights and the right to freedom of expression under Article 10.

Freedom of expression won the day. Males J lifted the anonymity order, accepting that since most of the allegations had now been proven anonymity was no longer justified.

Background to this case

Natasha Armes is now 39 years old. She had a very unhappy childhood, alternated between living with her mother (and sometimes her mother’s violent partner) and a variety of foster placements, followed eventually by a succession of children’s homes.

You will have noticed that these foster parents were referred to by initials only. This is because Mr Justice Males made an order at the start of the trial that their identities be kept anonymous to protect them while the allegations remained unproven.

Ms Armes was unsuccessful in the trial of the main claim (NA v Nottinghamshire County Council [2014] EWHC 4005 (QB)) and in the Court of Appeal (NA v Nottinhamshire County Council [2015] EWCA Civ 1139). The case will be heard by the Supreme Court next term. Readers interested in the cutting-edge issues of vicarious liability and the non-delegable duty of care may be interested in the judgements.

For now, what matters is that even though the local authority was not legally responsible, Males J found that there were proven facts – to the civil standard of proof (‘more likely than not’) – that Ms Armes did suffer sexual abuse at the hands of Mr B and some physical and emotional abuse at the hands of Mrs A. The allegation of physical abuse by Mrs B was not proven.

At the end of his judgement in the main proceedings, Males J explained that he was giving liberty to any interested person to challenge the anonymity order. Two years later, Ms Armes made the application.

The arguments for each side

Ms Armes’ barrister argued that the general rule is that a hearing should be in public. An order for anonymity is a derogation (i.e. legal exemption) from this and interferes with the public’s right of freedom of expression. Although anonymity may have been justified while the allegations remained unproven, the justification no longer applied now that they had largely been found proven.

The lawyers for Mr B and Mrs A argued that the balancing exercise between private and family life and freedom of expression came down in favour of maintaining anonymity. Identification would have a significant impact not only on the rights of the two perpetrators (one of whom was now very frail) but also on the rights of Mrs B and two B boys, against whom nothing was proven.

The judge considered the recent cases on anonymity orders. He emphasised that naming people matters to freedom of expression. As Lord Rodger said at paragraph 63 of In re Guardian News & Media Ltd [2010] UKSC 1:

“What’s in a name? ‘A lot’, the press would answer. This is because stories about particular individuals are simply more attractive to readers than stories about unidentified people. It is just human nature.”

Males J then summarised the principles as follows:

a. The court may only make an anonymity order if it is “necessary” to protect a witness’ interests, e.g. the rights to private and family life.

b. The next question is whether identification would interfere with those rights. The consequences must reach a certain undefined level of seriousness. Embarrassment or humiliation will not usually be enough.

c. If identification would interfere, a judge must consider (under Article 8.2) whether that interference “is necessary in a democratic society … for the protection of the rights and freedoms of others”, e.g. freedom of expression. A balance therefore needs to be struck.

d. In striking that balance, there are three key points. First, the general rule is that justice should be open. Secondly, the more severe the consequences of interference, the more likely that anonymity should be ordered. Thirdly, the greater the public interest in the issues being discussed openly (which is not the same thing as how interesting the identity is to the public) the more likely that anonymity should be refused.

Males J noted that the allegations against Mr B and Mrs A had largely been proven. There was no concrete evidence that they would suffer consequences beyond damage to reputation. While identification would probably lead to identification of Mrs B and the two B boys (now adults), the judgment made clear that the allegations against them were not proven. Importantly, even though the press had not shown interest so far, the claimant herself had a legitimate interest in being able to tell her story without restriction. It would seem strange if this was now prevented when her story had been believed at trial. The judge concluded that open justice should prevail.

The importance of the decision

The result was probably the expected one. Where anonymity of those accused of physical or sexual abuse is in issue, the driving consideration is likely to be whether the allegations were found proven. But this case is particularly interesting because the press was not involved. The judgement asserts that the freedom of expression of an individual claimant can be important enough to trump the private and family life rights of others.