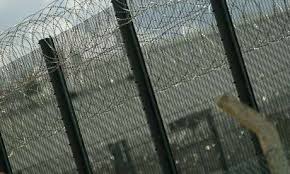 The European Court of Human Rights has ruled that the general system for detention of individuals prior to deportation in the United Kingdom, which lacks specific maximum time-limits, complies with Article 5, ECHR (Right to liberty and security of the person). However, in the proceedings involving J.N., the authorities had not acted with sufficient “due diligence”, which resulted in a violation of Article 5.

The applicant, known as J.N., arrived in the UK in early 2003 and unsuccessfully sought asylum soon after. In February 2004 he was convicted of indecent assault and sentenced to 12 months imprisonment. Following his release he was subjected to a number of conditions which he failed to comply with. This led the Secretary of State to issue an order deporting J.N. back to Iran. On 31 March 2005 the applicant was detained pending deportation.

Complications arose when attempts were made to obtain the necessary travel documents from the Iranian Embassy. Eventually, in November 2007, the Embassy agreed to issue the documents if the applicant signed a “disclaimer” consenting to his return. The applicant refused to sign this disclaimer.

Despite being released for one month following review of his detention by the Administrative Court in December 2007, the applicant was once again detained in January 2008. He continued to refuse to sign the disclaimer that was necessary to obtain the travel documents and to effect the deportation. During this second period of detention the authorities considered prosecuting the applicant for failing to comply with the Secretary of State’s request to take specific action to obtain a travel document (under s. 35, Asylum and Immigration (Treatment of Claimants, etc.) Act 2004). But no prosecution was forthcoming. Additionally, J.N. agreed to sign the disclaimer if he was compensated for the periods of detention. However, the UK Border Agency refused to do so.

J.N.’s refusal to sign the disclaimer continued until late-2009 when J.N.’s solicitors began judicial review proceedings challenging the lawfulness of his detention. In considering the lawfulness of the detention pending deportation, the judge considered the four principles established in R v. Governor of Durham Prison, ex parte Hardial Singh, [1984] WLR 704:

The judge considered that the authorities responsible for the deportation had acted with a “woeful lack of energy and impetus”. They had failed to change their approach to the situation, they refused to bring a prosecution under the relevant legislation. Further, they had not approached the Iranian authorities to see if they would change their position regarding the need for a disclaimer. The Secretary of State had fallen short of the fourth requirement established in Hardial Singh. Accordingly, the judge found that the applicant’s detention had been unlawful from 14 September 2009 onwards.

Article 5 protects the right to liberty and security of persons. Restrictions of liberty are permissible if they fall within one of the specific grounds highlighted in Article 5(1). Article 5(1)(f) relates to detention “of a person against whom action is being taken with a view to deportation or extradition”. Any detention in pursuance of this objective must be prescribed by, and comply with, domestic law. Additionally, the domestic law must be “sufficiently accessible, precise and foreseeable in its application, in order to avoid all risk of arbitrariness”. To satisfy this “quality of law” requirement, domestic law should include clear provisions on the ordering and extension of detention as well as effective remedies that can be used by the individual to challenge the lawfulness of their detention. These requirements act as safeguards against arbitrary detention.

The applicant complained that the UK system for detention pending deportation did not specify maximum time limits for such detention and that this led to a violation of Article 5(1). Additionally, there was a need for automatic judicial scrutiny of any detention as opposed to requiring the individual to initiate judicial review proceedings themselves. Finally, the applicant submitted that if the UK’s system was said to satisfy the “quality of law” requirement, then the entirety of his detention had been unlawful, and in violation of Article 5, as at no point had there been a realistic prospect of removal (see paras. 59-63).

The ECtHR had previously held that Article 5(1)(f) does not impose maximum time limits for detention pending deportation. However, the absence of such time-limits will be a factor in assessing whether domestic law satisfies the “quality of law” requirement. But other protections against arbitrariness, including the ability to review the lawfulness of the detention, are equally important.

The “EU Returns Directive” (see Article 15 here) does set down a maximum time limit of 18 months for detention pending deportation. However, the UK has opted out of this Directive and it is therefore not binding. The ECtHR considered that despite this Directive creating a uniform approach over the majority of Council of Europe States, it could not be considered that such a position was required by Article 5(1)(f) or that this is the only position compatible with such a provision. Additionally, two Council of Europe instruments had addressed detention pending deportation and refrained from imposing time limits (see Twenty Guidelines on Forced Return, 2005 and Parliamentary Assembly Resolution 1707 on the detention of asylum seekers and irregular migrants in Europe, 2010).

The ECtHR held that Article 5(1)(f) does not require states to establish time-limits for detention pending deportation. The UK has sufficient procedures to allow the lawfulness of detention to be tested. Accordingly, the failure of the UK system to establish such limits, in light of the other procedural safeguards against arbitrariness, was not in violation of Article 5(1).

The ECtHR refused the applicant’s submissions that Article 5(1)(f) required automatic judicial scrutiny of immigration detention. Article 5(4) provides all individuals who have been detained or had their liberty deprived with a right to take proceedings to examine the lawfulness of the detention. An entitlement to take proceedings, as opposed to automatic review, is all that is required by Article 5.

Finally, the ECtHR considered whether J.N.’s second period of detention, from 14 January 2008 to 14 September 2009 (the date on which the domestic court ruled that the detention had become unlawful) was in compliance with Article 5(1)(f) (for the reasons for restricting the scope of review to this period see paras.48-57)

The ECtHR saw no justification for the domestic courts to have restricted the “unlawful detention” to the period following 14 September 2009. Despite the repeated refusal of J.N. to cooperate, this could not be “be seen as a ‘trump card’ capable of justifying any period of detention” (para. 106). The ECtHR considered that the authorities had shown, to use the language of the domestic court, a “woeful lack of energy and impetus” from mid-2008 onwards. As a result, the detention had not been pursued with “reasonable diligence and expedition” from mid-2008 and therefore was not in accordance with domestic law and the principles established in Hardial Singh.

Despite concerns as to the unlimited nature of detention pending deportation being generally raised by a number of UN and European human rights bodies, as well as specific recommendations for the UK to adopt such limits (see UN Human Rights Committee, HM Chief Inspector of Prisons, and a UK All Party Parliamentary Group), the ECtHR refused to recognise that such limits were required by Article 5.

Undoubtedly the EU Returns Directive has resulted in the majority of Council of Europe states having limits for such detention. But as argued by the Government, recognising that Article 5 imposed such time limits may have “subvert[ed] the democratic process” by imposing time limits modelled on the EU Returns Directive from which the UK had lawfully opted out (para. 66).

During parliamentary scrutiny of the recent Immigration Act 2016 (which received Royal Assent on 12 May 2016) amendments were proposed by the House of Lords to limit immigration detention to 28 days  – it should be noted that this would not have covered J.N.’s situation as it was not applicable in the event that the Secretary of State had made a deportation order – see para. 84 here). However, this amendment was rejected. In the final version of the Immigration Act a duty to arrange consideration of bail is placed upon the Secretary of State for all individuals detained pending deportation (which would cover J.N.) after four months (Sch. 10, para. 11, Immigration Act 2016). This would clearly act as a further, important safeguard against arbitrariness.